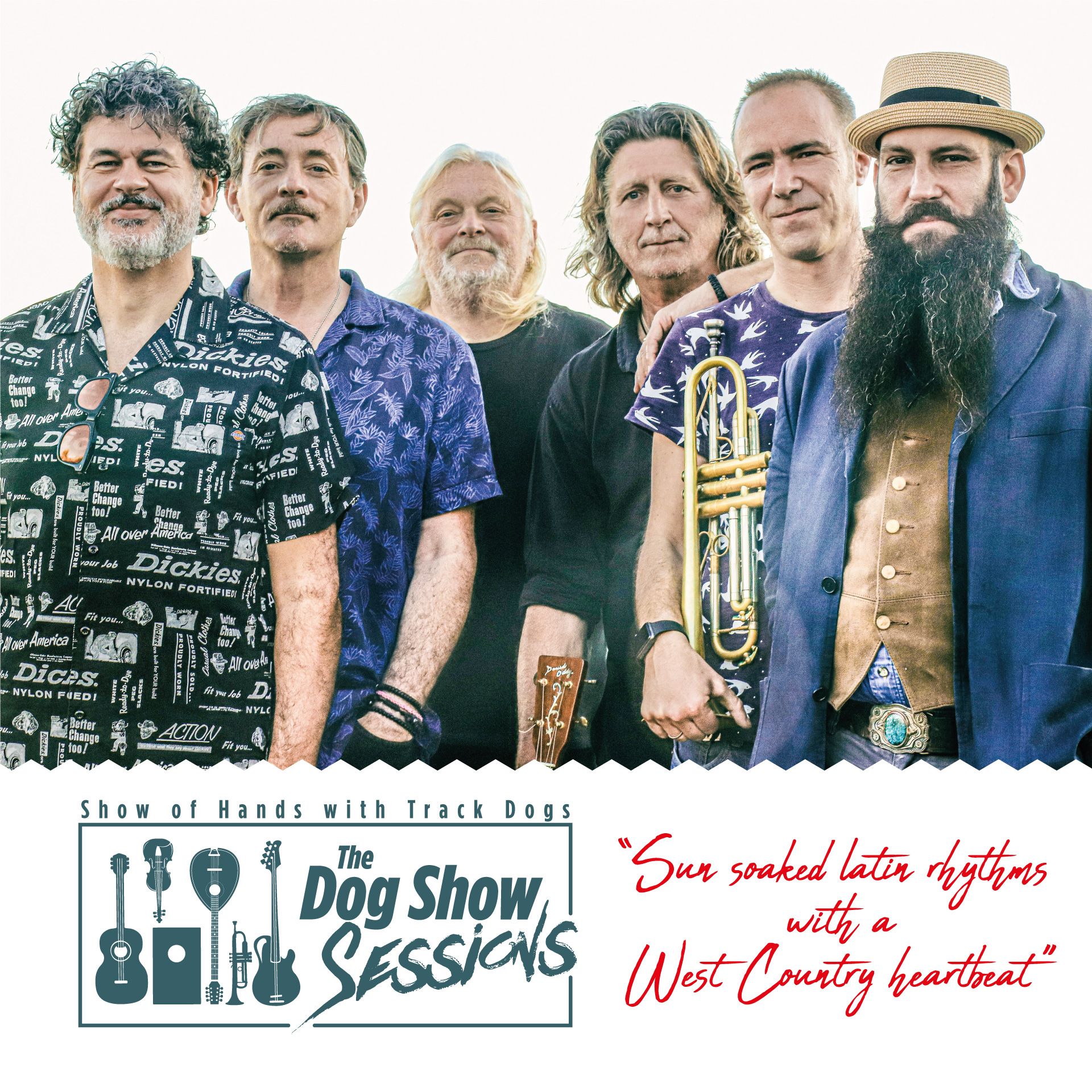 Two of folk music’s most celebrated bands are joining forces for the first time in what is set to be a sell-out UK tour. West country legends Show of Hands (Steve Knightley, Phil Beer) and Irish American roots quartet Track Dogs (Garrett Wall, Dave Mooney, Howard Brown & Robbie K. Jones) are fusing their unique harmonies for a one-off collaboration that will see them perform 17 must-see dates across England.

The superband will bring their incredible voices along with banjos, guitars, a trumpet and a mandolin for the unmissable spring tour. This is the first time the bands have toured together after Show of Hands’ lead singer songwriter discovered Track Dogs playing in Ibiza four years ago. They have since taken the UK festival scene by storm.

Steve Knightley says: “Phil [Beer] and I will start with a couple of songs – as I sing, Track Dogs will be translating in Spanish. It will be a unique fusion of harmonies, never heard before. Think sun-soaked Latin rhythms with a West Country heartbeat. An unforgettable evening of six guys sharing vocals, songs and stories and swapping melodies.

He adds: “Track Dogs are by far the best harmony group I’ve heard outside of America. Every single one of them is a lead singer. It’s going to be fantastic.”

Track Dogs consists of Garrett Wall, Dave Mooney, Howard Brown & Robbie K. Jones. The quartet bring heritage from Ireland, the UK and the USA to fuse folk, Latin, Americana and bluegrass for a unique and dynamic sound. The band reside in Madrid and they are about to release their anticipated new album, Where To Now.

The UK tour follows a preview show in Ibiza that occurred at the end of April. The tour will see the bands perform at the iconic Minack Theatre in Penzance, Cornwall, as well as venues in Leicester, Milton Keynes, Kent and Norwich.