Follow Me Down - Songs from the West with Steve Knightley 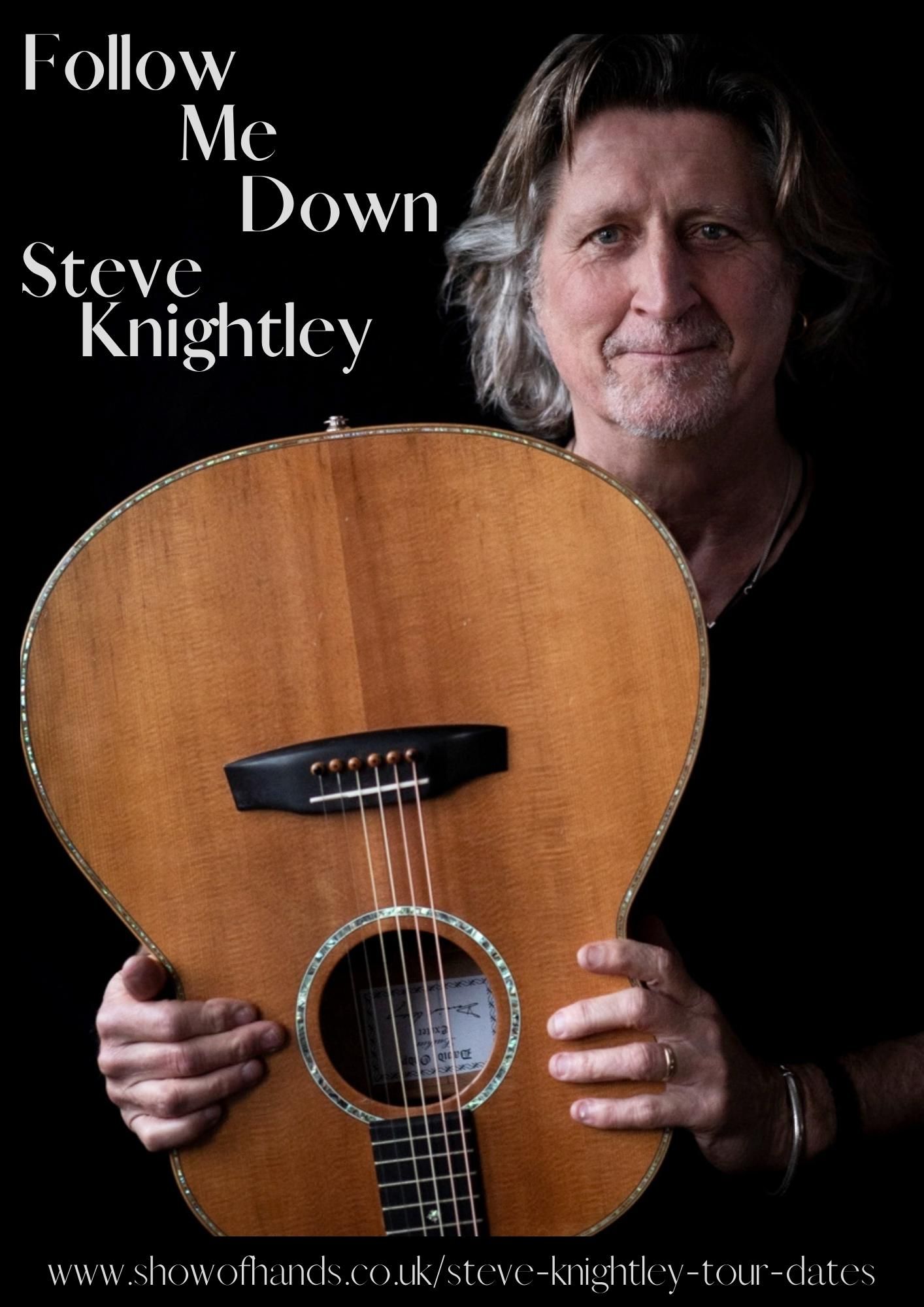 Songs from the West with Steve Knightley

Steve is a multi-award-winning singer-songwriter/musician and founder member of folk/acoustic roots trail-blazers ‘Show of Hands’ described by Peter Gabriel as ‘one of the great English bands’. A constant throughout Steve’s work is his ability to root his songs in time and place, notably the West Country where he was raised.

Informed by a love of narrative and English traditional folk music, Knightley writes historically accurate songs that resonate with contemporary meaning. He has an extraordinary ability to bring the past vividly, smack bang into the present. It’s a gift that fuels his reputation as an ‘issues’ writer. The seminal ‘Country Life’ earned him the title ‘the gravel voiced spokesman of the rural poor’ and his anti-banking rant ‘Arrogance, Ignorance and Greed’ picked up the gong for ‘Best Song’ at the BBC Radio 2 Folk Awards.